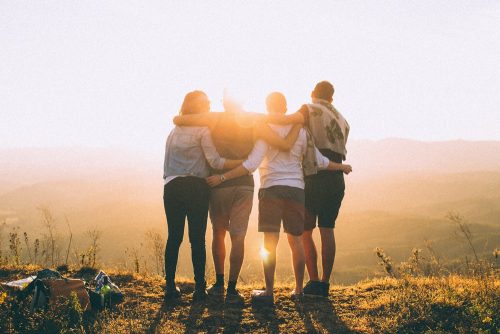 Love is all around: The power of social connection in mental health

Many years ago, I was working as a mental health and addictions support worker. A gentleman I was supporting, Sanjay*, had been living with a form of paranoid schizophrenia where he would perceive people close to him as impostors pretending to be the person in front of him. As a result, he had perpetrated several acts of violence against family members, and had a difficult time forming meaningful bonds; as soon as you developed a level of trust, you were at risk of being seen as an enemy in disguise (even I had to deal with this as our client/worker relationship evolved).

After a difficult episode, I spent a day alone with Sanjay at a detox centre, in a painted brick room with cement floors, barred windows, and a thick metal door. It was the first time we “hung out” and chatted about things not related to his emergency support.

“Do you have a girlfriend?” he asked me.

“I really hope I can have a girlfriend someday,” he said, his lips cracking into the faintest of smiles for the first time since I’d known him.

He went on to tell me about a time when he was hospitalized. One of the nurses turned out to be his high school crush. He told me that her presence in the ward was uplifting. “I felt like I was floating,” he said, “and after I was discharged, I got really down… That was the first time I did cocaine – and, for an hour or so, I felt like I was with her again. That was ten years ago. And I use cocaine every day chasing that feeling. But I never get it.” There was a moment of silence, taking in our bland surroundings, we moved on to another topic.

That day with Sanjay highlighted an all-too-common experience that stems from the overlap between the parts of the brain that respond to social connectedness and substance use. Recent neurobiological studies have shown the rush of excitement we feel in romantic love, or being in friendly company, is linked to similar chemicals (e.g., dopamine) and reward centres in the brain that are stimulated by substances like heroin and cocaine. The challenge, however, is that love and connectedness can continue to produce those feelings, whereas heroin and cocaine build tolerance and can eventually reach dangerous levels to sustain.

Scientists have shown the benefits of social connection in maintaining mental health across our lifespans. Active involvement in one’s community – whether through volunteering or maintaining individual relationships, as well as having emotional ties with companion animals – is associated with healthy aging and mental wellness, especially in times of crisis (such as pandemics).

Valentine’s Day can be a trigger for those experiencing loneliness – not helped in the least by COVID-19, which has amplified so many existing challenges. Bonds, however, can extend beyond traditional conceptions of romantic love to broader community and global connectedness. Love is not simply about finding that one person; I like to refer to (little “l”) “love” as the feelings and attachments between two individuals, be they friends, partners, or community members – distinct from (capital “L”) Love, which relates to our being part of the larger world, our commitments to higher principles, and immersing ourselves in meaningful work, creation, or action. If we’re able to fixate a little less on the little “l,” we may just find that the capital “L” Love can sustain, fulfill, and enrich us in ways we may have never thought possible. 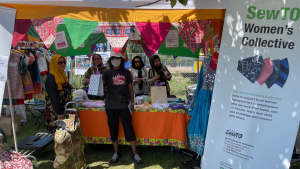 Happy New Year! As we welcome 2023, we’d like to take a moment to reflect on our goals and opportunities as a community and as 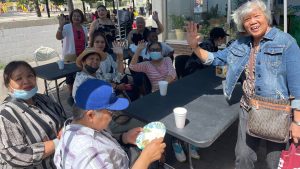 With the beginning of the new financial year 2021-22, Personal Support Services for seniors (Low Acuity Seniors) launched at TNO under the Family and Wellness 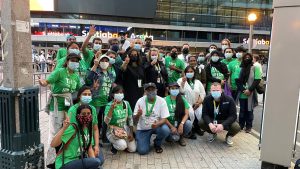 I recently heard the news that our very own Razia Rashed, as an ETHP advisor, was one of the recipients of the IHPME’s 2022 Cathy